By: Michael Tabron | 1,132 views
Share with friends and colleagues on social media 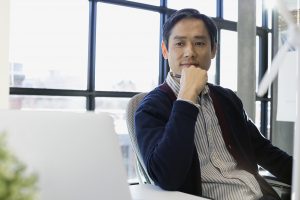 Between the months of September and October of 2019, SAPinsider surveyed 217 members of their audience to help understand the progress SAP customers have made with the different types of SAP S/4HANA deployments. The results of that survey found a majority of respondents (90 percent) have (at least) begun the process of evaluating the case for migration or running pilot projects. At the same time, 34 percent have already begun the rollout of SAP S/4 HANA.

One interesting point that becomes clear in the report is the reasons that drive early adopters to deploy SAP S/4 HANA. Early adopters are those who are willing to deploy technology soon after its release. According to the SAPinsider report, early adopters made up 14 percent of the respondents and have seen positive business results from their SAP S/4 HANA implementations.

One senior business analyst for an American healthcare company stated:

“We chose a new implementation because the cost is not much different for us for a system conversion vs. a new implementation, and there are significant process changes, including process standardizations, we would like to incorporate as part of this upgrade.”

But how do those concerns rank with early adopters? Of those respondents, the opportunity to re-engineer processes to better fit operational needs or correct poor process/configurations came in as the number one issue. In fact, over 50 percent of early adopter respondents claimed re-engineering processes as their number one reason for deploying SAP S/4 HANA.

What Early Adopters Do Differently?

Clearly all groups want to identify opportunities to improve and correct business processes. And no company can afford to risk disrupting business operations to upgrade a software platform. Early adopters understand this and know of the available tools to make the process seamless. For example, Ken Todd, SAP S/4 HANA leader and principal at Capgemini says, “If you’re utilizing a system conversion and not also taking advantage of the features that have been optimized for SAP S/4 HANA, you likely won’t see as much immediate value from the new system.”

Early adopters tend to do things a bit differently than average or late adopters. However, all three user types (early, average, and late adopters) place significant value on identifying opportunities to improve processes and correct sub-optimal processes/configurations from a previous ERP implementation. The approximate breakdown of this strategy (by leader type) looks like:

Beyond that strategy, things start looking a bit different. For example, if you look at the percentages of users who focus on modernizing and optimizing as many processes as possible, the percentage breakdown is roughly:

Clearly early adopters place a higher significance on modernizing and optimizing numerous business processes. Looking at the final strategy, the gap widens even more between early adopters and the other two user types. The percentage breakdown is approximately:

Early and late adopters are similar in only one strategy: identifying opportunities to improve processes and correcting sub-optimal processes/configurations from a previous ERP implementation. Early and average adopters place a similar focus on modernizing and optimizing as many processes as possible.

There are three different approaches that can be chosen for the deployment of SAP S/4 HANA:

This trend matches how most early adopters of other technologies approach deployments. A fresh rollout tends to introduce far fewer errors. In fact, one consultant from a Turkish oil and gas company stated, “After 20+ years as an SAP customer, and with high business knowledge in our internal IT team, the new implementation went very smoothly, as expected.”

To find out more of what the SAPinsider report uncovered about SAP S/4HANA deployments, click the link here to read the entire report. You’ll find plenty of information to help guide you and your business to the future of ERP.